Do you know what Brazilian Jiu-Jitsu is?

Roughly speaking, Brazilian Jiu-Jitsu is a grappling martial art that combines elements of Judo, Wrestling and Self Defense. “BJJ” was originated from Judo, which is very much focused on “take-downs”. Brazilian Jiu-Jitsu goes beyond. Combining take-downs with ground control, chokes and joint locks, its leverage system enables a much smaller person to defeat a much bigger opponent.

BJJ is actually so effective that, in the early 90s, it introduced what we now know as “Mixed Martial Arts” (MMA). As a sport, it’s been evolving and booming all over the world, from non-competitive practitioners to world competitions in Vegas and Abu Dhabi. It’s also been recently included in the Asian Games.

And why the heck would I throw myself into something like that?

Brazilian Jiu-Jitsu is one of the most effective martial arts you can find. Why is that? Mostly because of four elements:

First, it is very realistic. All techniques taught in a traditional BJJ class are based on situations not that “could”, but that probably “would” happen in a real-life combat or life-threatening situation.

Second, it can be safely practiced and trained preserving its realistic aspect above. Many martial arts will teach you extremely powerful attacks, sometimes even fatal. So powerful, that you can’t really practice it in full unless you’re willing to kill your training partner. Assuming most of the times you don’t, that means you will never know for sure how certain attack or defense would actually work in a real situation. And why is BJJ any different? Brazilian Jiu-Jitsu teaches you how to obtain absolute control over your opponent before having to actually (seriously) hurt him. And because its techniques are not lethal, you can safely practice them in the dojo and know exactly how it would go in real life. Good reflexes are not a gift, they are built from practice and repetition.

Third, “damage control”. You can control how much damage you will inflict upon your opponent. Knowing how to throw a deadly punch or to permanently injure someone may sound very cool. But not having to do so is even cooler. And safer, so everybody get to go home back to their families at the end of the day.

And fourth, because it’s a great way to keep yourself in shape! BJJ is a natural and complete exercise. A regular class is split into three parts. Warm up, drilling [the move of the week] and sparring. The perfect combination for those wanting to work on their core and cardio in a fun and dynamic way.

And why Maverick Martial Arts?

Maverick has a great team of coaches and members, which you will absolutely love. As a small dojo, you will get full attention from our instructors and become part of the most diverse and fun family ever. Besides, we are proud to preserve the non-commercial aspect of Martial Arts. At Maverick Martial Arts, you will always feel welcome as a person and not just as a number.

Still not convinced? Come join us for a free trial! If you like it, you can leave a good review on our page. If you don’t, you still get to choke us for free!

Ok, got it. But what about my kids?

BJJ for kids has a similar structure as for adults, just presented on a different format. More games, more fun and a lot more energy to be burnt.

The kids program is developed and taught by Professor Pedro Wolff, who himself has been doing Martial Arts since the age of 4 and teaching it to children for more than 15 years. Through his method, children learn:

And all of that without, of course, losing sight of the most important element for their learning: fun!

Interesting fact: Benefits such as the ones above and the improvement of children’s self confidence and team spirit motivated the Abu Dhabi Education Council (ADEC) to adopt the sport of Brazilian Jiu-Jitsu in the curriculum of public schools in Abu Dhabi, Al Ain and the Western Region. This initiative was initially implemented in 14 schools, but the overwhelming success was way beyond expectations, prompting the initiative to be expanded to 46 schools in 2012. The number of schools that have adopted the Brazilian Jiu-Jitsu program in the Emirate surpassed 130 in 2016, with over 76,000 students participating.

So how big are the kids/teens classes?

At Maverick Martial Arts, we have a policy of keeping the kids classes small, as we try to fit our sport into their personal needs and not the other way around. That gives the coaches the opportunity of getting to know each of them better and watch their development from closer. And vice versa, of course.

Children are divided according to their ages and experience in BJJ and fit into groups of maximum 8 (young kids), 12 (older kids) or 14 (teens). Age groups are generally: 4-6yo; 7-9yo; 10-12yo and 12-15yo. 15yo and above can join the adult classes. That’s the general guideline, however coaches may advise different based on each case.

Our goal as coaches and educators is not to turn each of our kids into world champions, although they will be fully supported, trained and encouraged to do so if it is their wish. Our role here is to teach them how to defend themselves, break fall safely and incorporate the core concepts of martial arts into their lives. Our challenge does not lie in competing against others, as this we believe to be too easy. Our mission is to enable each of our children to trust themselves to be in life as good as they are in their creativity. 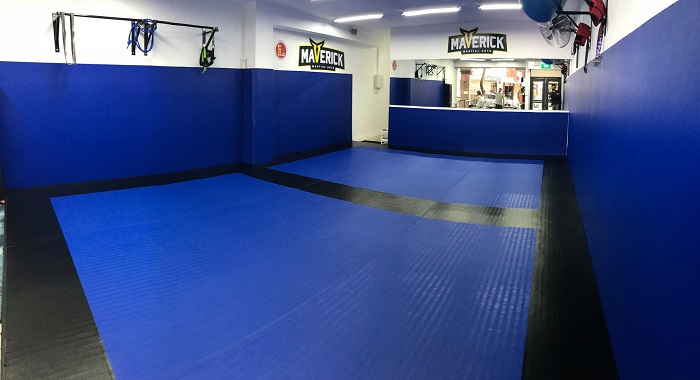